Kevin Spain, General Partner of Emergence Capital, is a thought leader on mobile technology and its impact on the effectiveness of field service employees. ProntoForms, the leader in mobile forms, reached out to Kevin Spain for his opinion about the true value that mobile solutions can bring to field workers.

Q: You’ve talked about how field service companies often hesitate to invest in technology that could help their field workers be more effective. In your experience, do these investments pay off?

A: Without question, mobile technology is making a major impact on all forms of desk-less workers, whether they’re field service workers or those in manufacturing or healthcare. Before mobile, the world was largely dominated by paper-based workflows. But over the years, we’ve seen the ways in which software has made a tremendous impact on productivity. 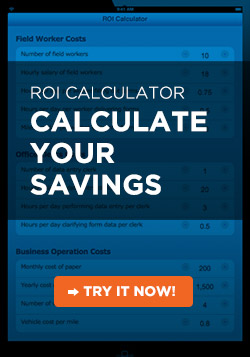 Q: Are there any examples of companies that have improved productivity using mobile technology? Any numbers?

A: That’s actually hard to measure. One of the characteristics of the mobile enterprise app world today is that most companies in it are relatively young, and as a result, have not gone through a very sophisticated analysis of exactly how much ROI they’re delivering to customers.

Having said that, the evidence is in how well these companies are doing. If mobile enterprises weren’t delivering ROI to their customers, their customers would not be buying at the rate they’re buying.

Q: Do you have a sense of how quickly companies will recover their investment in mobile technology?

A: I think most businesses aren’t going to invest in any technology unless they feel it has at least a 3:1 ROI. That’s a very broad generalization, but I think that’s how most companies view the investment.

We published a report recently on venture funding activity surrounding mobile enterprise applications. We found that early stage funding of mobile enterprises has gone from less than $100 million in 2010 to almost $600 million in 2014. That’s a six-fold increase in five years, and an indication that the venture community is looking at these companies and seeing tremendous traction. That traction is clearly a proxy for the productivity improvements that these companies are delivering.

Q: Companies are affected by their adoption of state-of-the-art technologies. How does that impact their brand?

A: Employees are increasingly insisting that they have the ability to use the best tools to do their jobs. We see this in a couple of different ways.

We see this in the bottoms-up adoption of applications. There’s been a trend over the past 5-10 years where an individual user or team will search for a mobile application online that will improve their productivity, and they’ll just start using it.

Another key part that’s very relevant to mobile is the trend of bringing your own device to work, and the insistence that employees have to use the latest and greatest mobile technology in the workplace.

These two trends combined have led to employees demanding that whatever mobile solution they’re forced to use be easy-to-use, flexible, well-designed, and elegant. These trends are all part of the broader “consumerization of IT” trend and the recognition that IT leaders within companies have to think about the end user first. That’s not an option anymore – it’s a necessity.

Q: What about enterprises that are trying to decide whether to buy a mobile solution or build their own? Where do you stand on the buy vs. build debate?

Q: If you’ve made the decision to buy rather than build, what would you look for in a service provider? 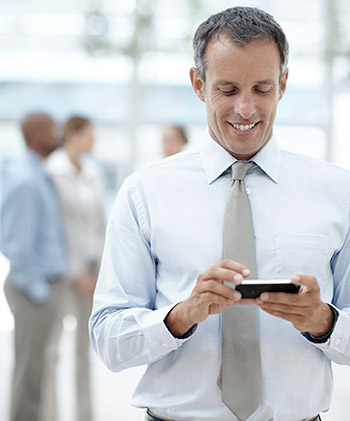 A: First and foremost, I’d look at the quality of the application. Is it something that’s going to be embraced by employees? That means it has to be easy-to-use and elegant.

Secondly, I’d look at how easily it will integrate with their back office systems. Increasingly, business leaders want to be able to adopt applications that facilitate workflows across different parts of the organization. They don’t want to adopt a solution that can only integrate with some systems they use and not others.

Third is obviously cost. Being the best solution is great, but if buying it is 10 times more expensive than the alternative application that offers 80 per cent of the same services, the more expensive solution is no longer the best one. Cost isn’t just the actual price of the application. It’s also the cost of training, implementation and integration. Those should also be considered.

Q: Apple has recently engaged in a Mobility Partnership Program (MPP) with several enterprises to make customized workspace apps more useful for businesses. What are your thoughts on this partnership and those selected to participate?

A: I think this is a very smart approach. Apple is trying to make a bigger push into the enterprise market. What makes mobile applications exciting to companies of all sizes is how game-changing they can be. Businesses are increasingly asking the question, “What can I now do with these mobile applications that I couldn’t do in the world of desktops and laptops?” I think it’s really critical for Apple to have a story around that which includes really great applications that are built for solving unique business problems in a mobile-first way.

I also think it’s amazing for the companies that are involved in the mobility partnership. To have Apple endorse a relatively small mobile application vendor means a lot. It’s worth its weight in gold.

Q: Can you talk about the size and opportunity of this market, in terms of the number of companies involved as well as the financial outlook?

A: As it relates to mobile applications broadly, Emergence Capital tends to view this market in terms of the number of desk-less workers in the world. We’ve done some analysis and research that suggests that there are roughly three billion people globally who work, and about 80 per cent of them are desk-less workers. That’s really interesting when you recognize that there are hundreds of billions of dollars spent annually on business software, and nearly all of that caters to the 20 per cent of the global workforce that sits at their desks.

Now for the first time, largely because of smartphones and tablets, vendors have an opportunity to go after the other 80 per cent. The size of the opportunity to deliver mobile business applications is going to be measured in hundreds of billions of dollars annually. We’re just in the early stages of seeing companies pursue this opportunity. But I think we’ll look back in a few years and see this as the biggest opportunity ever in terms of building applications for business.

Q: Do you have projections on the rate at which field workers around the world will begin to adopt mobile solutions that enhance performance?

Q: Based on your observations from tracking different start up companies, do you have any advice on pitfalls to avoid for mobile enterprises pursuing this opportunity?

A: It’s really important to recognize that the desk-less worker market is different. This market has different kinds of users, smaller devices, and a different set of go-to market distribution challenges. There are lots of lessons learned by general SaaS companies that can be carried over into the mobile world. But there are some unique challenges that entrepreneurs need to think about as they pursue the mobile enterprise opportunity.

You have to recognize what’s similar to SaaS and what’s different. Don’t approach this as a SaaS business but as a mobile business that happens to rely on SaaS as a core enabling platform/technology. The key areas that I think are different are the nature of the employee that you’re servicing, the market that you’re dealing with, and how to distribute the app and be effective.

About Kevin Spain: Kevin is a General Partner at Emergence Capital. His deep knowledge of the enterprise and consumer technology sectors come from time spent at blue-chip software companies and from his experience as an entrepreneur. Prior to joining Emergence, Kevin Spain was a senior member of Microsoft’s Corporate Development group where he shared responsibility for sourcing, structuring, and negotiating Microsoft’s acquisitions, strategic investments, and joint ventures.