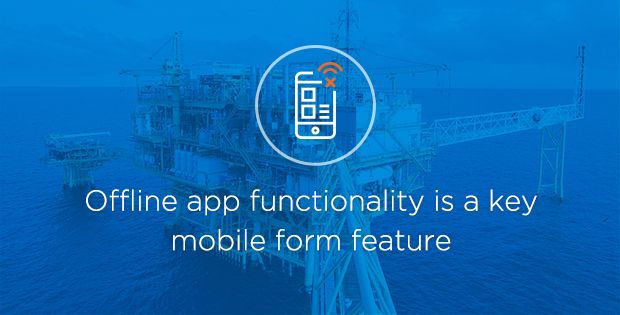 When it comes to mobile forms, there are several capabilities that are universally appreciated and utilized – no matter the industry. One such feature is the ability to fill out mobile forms offline.

Some organizations have chosen not to switch from paper to mobile forms based on the misnomer that mobile forms only work when a device has a network connection. Simply untrue. Mobile forms are improving business processes by collecting data at any type of work site – no matter how remote.

Offline functionality is a crucial feature in many industries. Our customers in the elevator industry for example have a great appreciation for offline functionality. Inspecting elevator cars in a hoistway (elevator shaft) can mean that workers are conducting inspections or repairs with no network connectivity. However, with offline functionality, mobile forms can continue to be filled out in a timely manner.

Another example: construction giant Obayashi crews used ProntoForms to conduct underground safety inspections during the Crosstown Transit project – the Eglinton LRT subway expansion in Toronto. There’s no network connectivity deep under the streets of a major city but that didn’t stop the safety inspectors from getting the job done on their iPads.

No matter the remote job site type, chances are ProntoForms has been there and delivered.

Want to learn more? Request a demo and start your free trial!