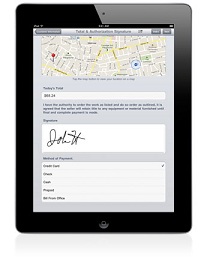 According to speculation from a host of business and technology websites, including eWeek, this fall could potentially see the launch of the iPad Mini or iPad 4, a smaller version of the iPad tablet.

As the buzz picks up about the Google Nexus 7, Amazon Fire and Surface from Microsoft, Apple is most likely weighing the options of introducing a smaller tablet to stave off such market challenges.

Some analysts are predicting an October introduction for the theoretical new, smaller Apple tablet.

As one of the more popular devices that our mobile forms solution is deployed on, the iPad has revolutionized the way in which mobile workers collect data in the field. The ProntoForms mobile data application and platform excels on the iPad, just as it does on all of the more popular mobile devices on the market today.

Should Apple launch this smaller iPad in the fall, you can count on ProntoForms to fully support our App for use on the device. From our point of view, the more choice we can give a business, the more flexible it can be with a mobile plan of attack.