As the citizens of the western world become more and more tech-savvy and mobile, Apple’s Tim Cook did nothing to diminish this growing sentiment.

Speaking recently at a conference hosted by Goldman Sachs, the CEO of Apple once again reaffirmed his belief that tablets will outsell PCs in the very near future, rendering desktop and laptop devices potentially obsolete.

In total, Apple has sold 55 million iPads and is expected to launch the iPad 3 in March. While Apple has seen many tablet competitors crop up, none have been able to come close to the appeal of its iPad, itself a natural evolution of the iPhone and other Apple predecessors.

Of course, it goes without saying that ProntoForms works with all major tablets and helps to perpetuate the speed and convenience of being able to work on the go. 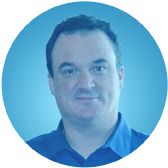