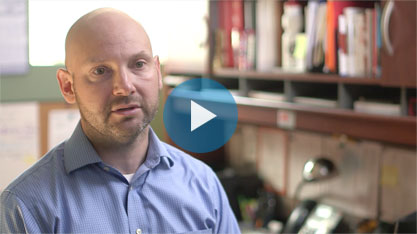 "ProntoForms has saved [200] drivers three minutes per service call - or 750 hours every month."

AAA Carolinas is one of the largest and fastest growing AAA clubs. Headquartered in Charlotte, the club has over 1,300 employees and offers a wide range of services, including emergency roadside assistance, travel and touring information, insurance counseling, and automotive repair. The club completes roughly 500 service calls every day, totaling about 15,000 monthly.

AAA's drivers have to conduct vehicle inspections before heading out on their shifts - a process that used to be relegated to pen and paper.

"It was a lot of paper, a lot of running back and forth, a lot of copies, a lot of ink," says Gil Vasquez, Fleet Branch Manager. "Forms were getting turned in damaged, barely legible. We needed a change. We needed something better."

Researching older forms was also a difficult task. "There were a number of places you had to search and a number of people you had to call in order to get these forms and collect the data needed for investigations," says Vasquez.

Drivers are now completing their pre-trip inspection forms on mobile phones and tablets and submitted forms are automatically uploaded to Box as PDF files. The system also includes geo-stamps and signature capture that prove that AAA members were on site and that the member signed off on the provided services.

"Being able to get everything done on one device has changed things dramatically," says Vasquez.

ProntoForms has saved drivers three minutes per service call - or 750 hours every month.

Removing the paperwork bottleneck is far from the only benefit of adopting ProntoForms.

"We've seen a decrease in the amount of time that a driver spends on location with a member, resulting in faster response times and the ability to get to the next call quicker," says Smith.

Walter Surface Technologies raises efficiency and cuts costs
Read how we helped position this company for growth, reduce their monthly technician fees by two-thirds, and more.

Pesado Energy Improves Field Service with Mobile Forms and iOS
Read about the value of going paperless in the field, the ROI of digitizing business processes & how to improve field service productivity.
View full Resources Library

Ready to unleash productivity?
Get a demo and start a trial today.

The Conference for Leaders in Customer Success, Service & Support.

The Conference for Leaders in Customer Success, Service & Support.

Join a KONE executive, business analyst, and field service engineer as they dive into the impacts of rapid automation.

Watch ProntoForms CEO, Alvaro Pombo, as he hammers home the importance of rapidly automating processes to keep up with and overcome macroeconomic challenges in the hybrid service landscape.

Join ProntoForms, the Service Council, and a packed panel of subject matter experts and industry leaders, as we explore what best-in-class organizations are prioritizing in building a Mental Health, Wellness & Safety driven culture.

This stacked panel brings together field service leaders from GOJO/Purell, Orthoclinal Diagnostics, and Elekta to talk top priorities as they head into 2022. This free virtual event will give you a front-row seat as you gain insights and listen to a few predictions about what lies ahead for organizations with field service teams.

The Future is NOW. Accelerate your digital transformation today, to secure your field service tomorrow.

'Seeing' the Importance of Operations Accuracy and Efficiency

Our EMPOWER21 User Conference was a huge sucess! If you work in field service, it's the perfect blend of Fortune 500 thought leadership from stellar companies like KONE, Philips, PG&E, and Shell, product best practices, and insider tips. Don't miss out!

Exploring New & Expanded Revenue Opportunities for Future Growth Abstract Blurb: The pandemic taught field service professionals a lot about their field force's resilience, speed and agility. Find out how service leaders pivoted their business models to capture revenue through new/different business sectors, and improved processes for onboarding and training technicians in these new sectors to maximize this revenue.

Field technicians are the customers' face of the company and techs' job processes—for good or bad—influence their happiness and job satisfaction. But what happens when many technicians are debating their future in field service? Join a stacked field panel that brings together executives and technicians from Schneider Electric, Trane Technologies, and Cummins to talk shop on improving satisfaction across the board.

At Phillips Healthcare, low-code apps are part of their solution for ensuring technicians automatically complete work in-compliance and that potential audits are painless. Join us as we dive deep into exactly how Philips uses ProntoForms to service some of the most stringently regulated assets on the planet.

SUEZ, a global water expert in the water and waste sectors, was looking to improve operational efficiency and put the right tools in technicians' hands. Watch this webinar for a deep dive into how digital transformation in asset management is possible with custom field apps and agile technology.

Gain valuable insights from a squad with numerous years of field service experience working at Fortune 500 companies. Pat Foley, ProntoForms' Client Director will be joined by Dominique Vaes, Founder and Senior Partner at Field Service in Motion, and Johan Franck, Associate Partner at Field Service in Motion, to discuss their lessons learned with digital transformation trends. Come learn how to hit targets no matter how agile and fast digital goals are becoming.

Don't make rush digital transformation decisions or implementation mistakes. Chris Bade, VP Field Service & Customer Support at Analogic Corporation and David B. Bishop, Director of Service Operations, Building Solutions North America at Johnson Controls discuss how to ensure internal buy-in and business goal alignment in your organization and that tech you invest in today will delivers value to your customers in the long-run.

This virtual town hall brings together field service expertise and learnings from ProntoForms, an organization that has helped deploy countless COVID-related and 2020 response apps in the past year, and one of their prominent customers who will discuss strategies and actions that has helped their organization stay agile and accelerate digital transformation to meet new and unique service requirements and health and safety guidelines

Field and tech executives join Alvaro Pombo, CEO of ProntoForms, to discuss how their organizations have accelerated their digital transformation and tackled the growing demands and evolving requirements of this new business climate.

Learn, innovate, and network. Whether you're a seasoned ProntoForms guru or just getting started with digital transformation and field automation, get ready to become a field efficiency and safety hero at the EMPOWER'20 virtual conference.

Discover how Service Council, ServiceMax, and ProntoForms explored what Philips Healthcare and Medtronic are doing to empower their service business through digital transformation.